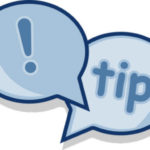 “Just two and a half years ago, Joshua Rinaldi would shake while giving a speech. Today he’s the president of New York Toastmasters, the New York City chapter of Toastmasters International, an organization of 14,350 speaking clubs across 122 countries.

How did Rinaldi transform from someone who could barely stand in front of people to a public speaking teacher in such a quick time? Practice, he says, noting that this short learning curve isn’t uncommon…

“People improve very quickly,” Rinaldi says. The intense fear that people get before speaking to an audience, he explains, is simply based on unfamiliarity.

“I always tell members after they give their first speech, ‘That’s the hardest speech you’ll ever give,'” he says.

We asked Rinaldi how even someone whose palms sweat at the thought of being at a podium can start to become a better speaker. Here are his best tips: While practicing, transition from a transcript to your memory….”

The following is the 7 Tips for Becoming an Excellent Public Speaker from  Joshua Rinaldi: 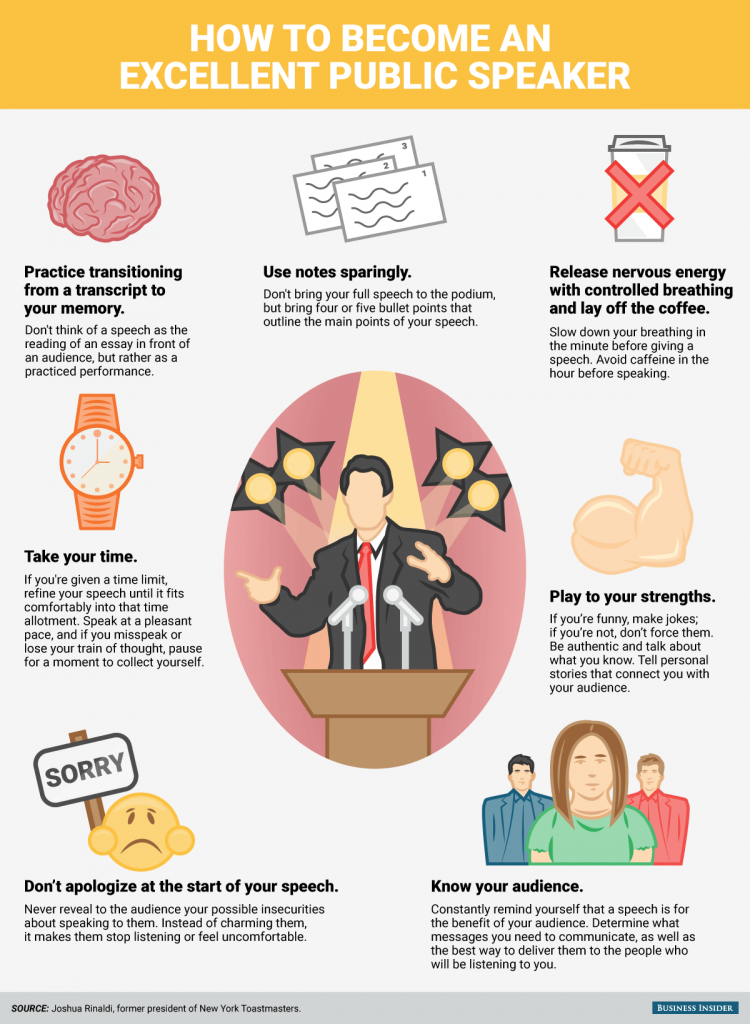 1. Practice transitioning from a transcript to you memory.
2. Use notes sparingly.
3. Release nervous energy with controlled breathing and lay off the coffee.
4. Take your time.
5. Play to your strengths.
6. Don’t apologize at the start of your speech.
7. Know your audience.

Since 1924 Toastmasters International has helped more than four million people gain the confidence to communicate.  Join Toastmasters and find a club that you like to practise your speaking skills. You are welcome to visit our Kampong Ubi Toastmasters Club if you are living in Singapore.

How To Introduce Yourself in 3 Easy Steps…

Have you wondered how to introduce yourself properly to others during a social gathering or even in a presentation?

The following youtube video will show you an example of giving a self-introduction using an elevator pitch in 3 simple steps.

Try out the three steps described in the video to introduce yourself:

Step 1:  Introduce your name and your company very briefly.

Step 2:  Talk about your specialty or the value that you provide.

You can find more tips on self-introduction at the webpage Introduce Yourself.

If you want to overcome stage fright and learn to speak with confidence, join a toastmasters club.

You are welcome to visit our Kampong Ubi Toastmasters Club if you are living in Singapore.